Pete’s Automotive is owned and operated by Jason and Emily Elder. Founded in 1981 by Pete Rucinski, Pete’s Automotive has been in the same location, offering the same level of quality automotive repair and maintenance service to loyal customers in the Sebastopol area. Our people are our pride, and they are part of the reason our customers come back year after year.

A Sonoma County native, Jason developed a love of cars at an early age. As a child, he would work on his family’s cars, taking them apart and putting them back together. In high school, he helped fix his friend’s cars, and after graduating from El Molino High School, he decided to make his passion a full-time career. Jason came to work at Pete’s in 1995, and 10 years later he became a partner in the business. When Pete retired in 2007, Jason became the official owner. Variety and a love of helping people are what Jason loves most about his work; every car problem is different, which keeps him on his toes, and he gets great satisfaction from finding solutions to his customers’ automotive problems.

Jason and Emily are both passionate supporters of our troops overseas and veterans organizations such as the USO, Wounded Warriors and Fisher House, as well as charity organizations Redwood Gospel Mission and Operation Blessing. They also volunteer as puppy raisers for Canine Companions for Independence, an organization that provides fully trained service dogs for children and adults with disabilities. Along with all this, Jason was one of the original volunteer steam engineers at Sturgeon’s Mill.

Joni is a Sonoma county native and has worked in the automotive field since 2007. She loves spending time with her granddaughter HaileyAuna but also enjoys taking care of business. Here at Pete’s, Joni manages the front office and ensures each experience with us is a great one.

Joe is Pete’s electrical specialist and Jason’s right-hand man. A veteran of the automotive business, he’s been practicing his craft since 1977 and part of the Pete’s team since October 2010.

Mario is a long-time resident of Sebastopol and began working at Pete’s in 2020. He has worked on cars for most of his life, learning the trade as a young man alongside his father. We are happy to have him as part of our team.

Looking for a photo of our founder? Pete Rucinski also had a love of cars and people. He began Pete’s Automotive & Muffler in 1981 with the goal of providing Sonoma County with dependable and honest auto repair services. For over 25 years he delivered that promise to his customers. In 2007 however Pete decided it was time to retire. Jason Elder (Pete’s step son) then became the new owner of Pete’s Automotive. Today Jason and his wife Emily continue to deliver on Pete’s original promise of honest auto repair. 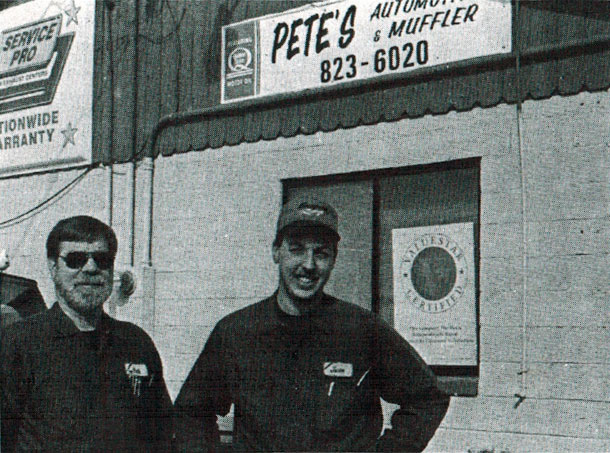 Trusted by the Community since 1981.

Family owned and locally operated since our beginning in 1981. We value being honest while providing the best service through the use of modern technology. Our expertise is in both foreign and domestic vehicles. We also do hybrids! Local emergency crews such as ambulance vans, fire trucks and police cars choose us to keep their vehicles running under critical conditions. Whether it's an overhaul or just an oil change we're here for you. Come stop by for some old-fashioned friendly service.

Our Most Popular Car & Truck Services.

Get in Touch with a member of our Team.

Stop by the Shop:

What others are saying about Pete’s.

Jason is a really honest guy that I trust with my car. I took my car in a couple of times, and each time I left feeling like I was treated better than any... read more 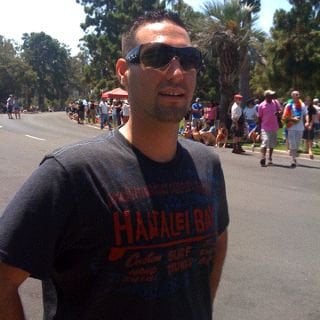